The country’s wealthy elite chase recognition and status by splashing cash on museums and schools, but there may also be a less idealistic motive behind their largesse

When property tycoon Fan Jianchuan decided to step down from most of his companies and build museums, he wanted to do it on the same scale as he had with his business.

After a decade riding the wave of China’s fevered economic growth, he made it on to a list of the country’s 500 richest people. He then spent the next decade lavishing his energy and multimillion-dollar fortune on the small provincial town of Anren. Now 20 museums form the “Jianchuan cluster” in this otherwise unremarkable area of southern China – and he hopes they will keep both his name and some of China’s history alive.

“People die twice. Once physically, and a second time when they die from people’s memories,” Fan told the South China Morning Post. “My museums will be here even after I die. When people talk about the Jianchuan museum cluster, they will mention me. In that sense, I gain immortality; I will never die.”

Fan was a market-leading property developer when he made his fortune, and then spent a dozen years investing on a grand scale for public benefit rather than private enjoyment.

But he never scaled the last peak of the super-elite and became a dollar billionaire. This is a group whose fortunes and ambitions are now making waves far beyond provincial China. Their spending power went on display in spectacular 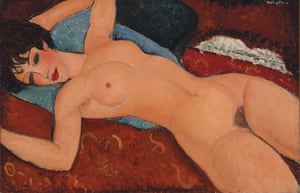 The buyer, taxi driver-turned-investment mogul Liu Yiqian, is one of the country’s most flamboyant entrepreneurs. He had previously grabbed headlines at home by splurging more than $36m on a porcelain cup once used by a Ming emperor, then posting an Instagram picture of himself drinking from it.

In a mixture of showmanship and benevolence that is increasingly popular among the country’s super-rich, Liu will also put the Modigliani painting on display in one of his museums.

The life stories of almost all of the country’s elite involve rags-to-riches journeys and fortunes born after China emerged from decades of experimentation with radical communist ideas that left a country mired in extreme poverty.

“There are more self-made millionaires and billionaires in China than anywhere else,” said Rupert Hoogewerf, publisher of the Hurun Report, a monthly magazine which charts the fortunes of the country’s super-elite. “Pretty much everyone in mainland China is self made, and that includes 95% of the Hurun rich list.”

After years of deprivation, China’s first cohort of businessmen and women relish both spending their wealth and putting it on display. One tycoon built himself a home modelled on the White House, with a view of “Mount Rushmore”; more recently a billionaire’s son posted online a picture of his dog wearing a gold Apple Watch on each of its front paws.

But as they settle into their fortunes, thoughts of posterity and a search for a deeper meaning in life are driving high-profile forms of philanthropy, from museum construction to education projects. “There are only so many cars and houses you can buy, and you can’t live in them all anyway,” said Carrie Waley, founder and CEO of Mandarin Consultant, a company that helps wealthy Chinese people navigate western education systems and build careers abroad.

“Human beings find money can only satisfy them for a while … After you have money, what do you want? You want status, and recognition from society.”

This chasing of status has made philanthropy in China a very public affair, Waley said, with very few people interested in the idea of anonymous donations or, like US billionaire Warren Buffett, giving billions of dollars to a foundation named after someone else.

However, in recent years China’s entrepreneurs have moved beyond the ostentation that marked some of the earliest ventures and are giving more thought to where their donations go. “Philanthropy is becoming more sophisticated now,” said Hoogewerf. “The main cause they give to is education.”

There may also be less charitable motives behind some public displays of benevolence, as tycoons spooked by a wide-ranging government crackdown on corruption look for less controversial ways to show off their wealth.

Since taking office in 2012, President Xi Jinping has targeted some of the most powerful people in the country and brought down men and women who were once thought untouchable. Those who have survived so far are often wary of attracting the attention of prosecutors looking for their next target. Xi and his allies have used the campaign in part to sideline political rivals, but it was also a response to genuine public anger about the apparent greed of many officials. Tens of millions of Chinese people still live on less than $1.25 a day, according to World Bank data, and in the cities up to 20% of the population are stuck in extreme poverty, with little chance of bettering themselves.

“The quality of life of many people I’ve talked to is not really different from how it was when reforms began,” said Professor Dorothy Solinger of the University of California, Irvine, who has spent years studying urban poverty. “When the government mentions poverty now, the cities are neglected: it’s all about the countryside.”

A recent report by the Peking University Institute of Social Science Survey found that the poorest quarter of Chinese citizens owned only 1% of the country’s wealth, and the country’s Gini coefficient – an economist’s measure of the gap between the richest and poorest in society – is well over a level that analysts see as the threshold for greater civil unrest.

The focus of ill feeling has until now been on officials profiteering from their positions, while the super-rich who made their own fortunes are more admired as role models than resented by most in Chinese society. “People don’t care much about the [ordinary] citizens who have become wealthy. It’s more an issue around the cadres,” Soligner said.

However, it is hard to get rich in China without having strong connections to local authorities, and those are rarely built on goodwill alone.

The line between the two groups is not as clear as either entrepreneurs or the government officials not caught up in the anti-corruption net might like to imply. Probing into the family fortunes of top officials is extremely risky in China, but the New York Times this year exposed links between the very richest man in China – property and film tycoon Wang Jianlin – and the family of President Xi and other top current and retired officials.

For now though, men like Wang and Liu are heroes of the “Chinese dream” to hundreds of millions of people who see in the dramatic rags-to-riches stories of so many of the super-elite hope of rising equally far themselves.

“China is all about entrepreneurship at the moment,” said Hoogewerf. “Everyone seems to have an idea to explore, and in this way, the super-rich are the role models.”